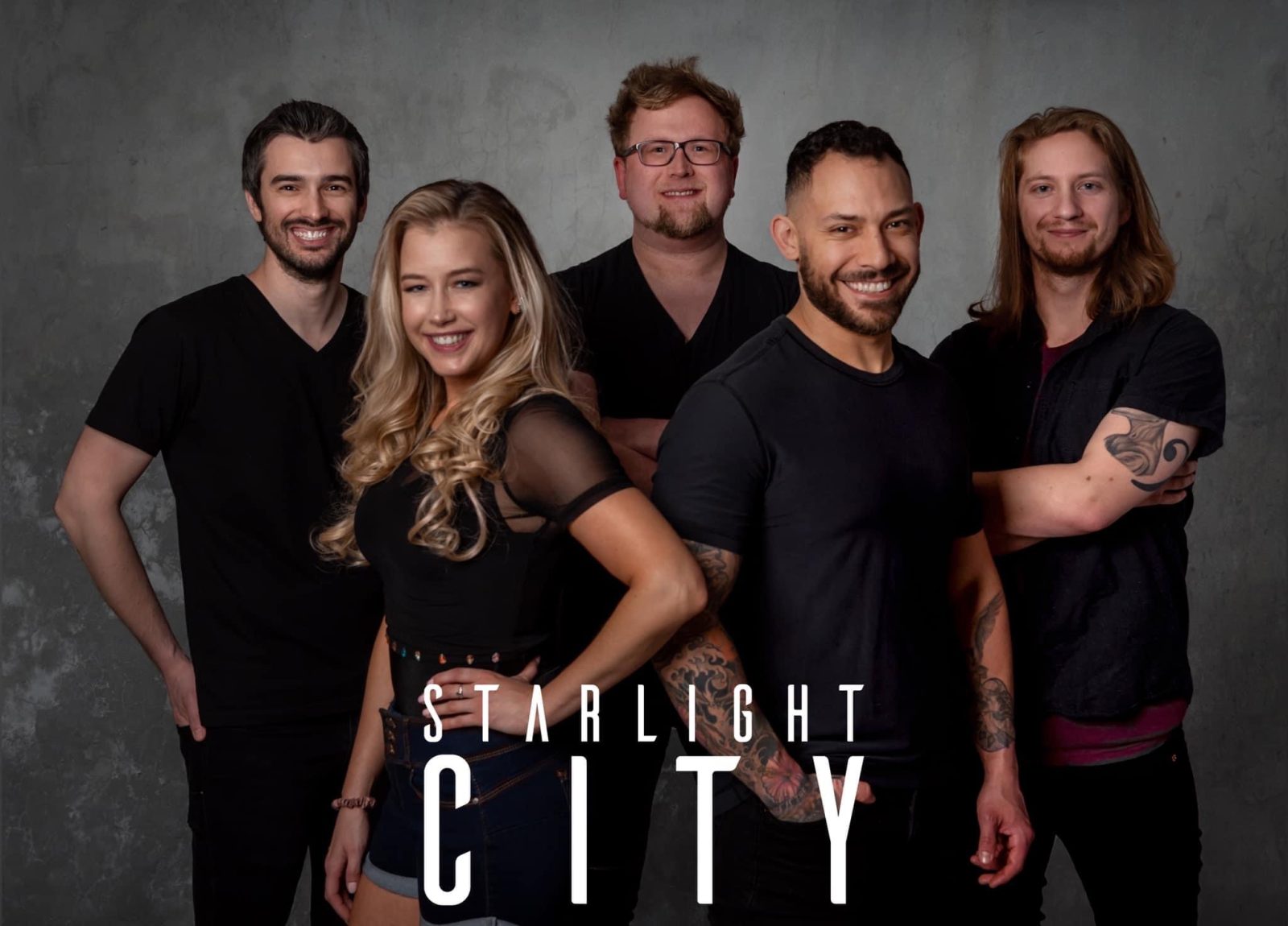 Formed by ex-members of some of Chicago’s biggest names, this band brings a high energy show to every city they play! Starlight City plays everything from Top 40’s, to hits of the 80’s, 90’s, and MORE.

Fronted by stage veterans Kate Brassel & Dave Marvel, this Dynamic Duo captivate audiences with vocal prowess, range of music, and a show to remember. Backed by the strength of one of Chicago’s best bands featuring Steve Sefton’s screaming guitar/keys, Drew Harris’ funk driven bass/vox, and the one and only Pauly Castelli on drums/vox, there is nothing this band can’t do!

A Starlight City show is a spectacle of moving music and energy that people love to party with, sing and dance to, and simply let go and enjoy the show. So come on out and enjoy the party you won’t want to miss!