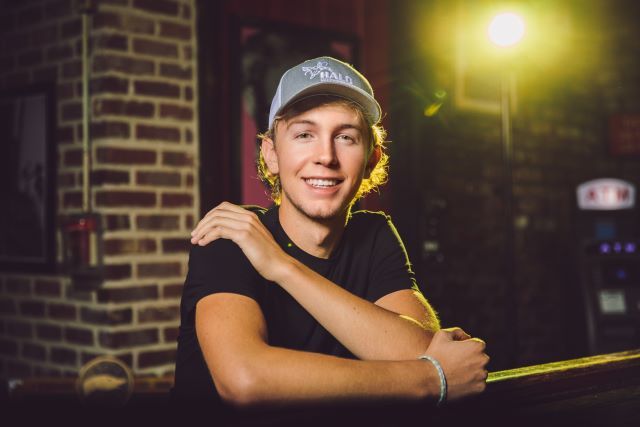 “As a recent graduate from Indiana University, Hank Ruff has been building a name for himself throughout the state of Indiana while being in college. After his latest EP “”Hellbender”” went #1 on the iTunes all-genre chart, Ruff hopes to further this momentum by beginning to play all over the midwest and beyond. Now that he is finished with school and pursuing music full-time, Ruff has dreams to bring his more neo-traditional brand of country music all over the country.

Hank was born and raised in Southern Indiana, and has been playing country music around the state since the age of 11. Named after Hank Williams Sr., Ruff began playing the mandolin and playing at bluegrass jams, and eventually picking up the guitar and learning classic country songs like “”Hey Good Lookin”” and “”Mama Tried””. Ruff started playing with his dad’s band, “”The Dew Daddies””, and soon after that he began writing songs with his dad by the time he was in high school. Most of Ruff’s catalogue is comprised of songs that the two wrote together, including “”If the Boot Fits””. Filled with steel guitar and fiddle, these songs embody what Ruff and his music is all about: combining elements of the traditional country sound with modern influences, and bringing a little more of the classic elements of the distinctive country sound back into mainstream country music.”