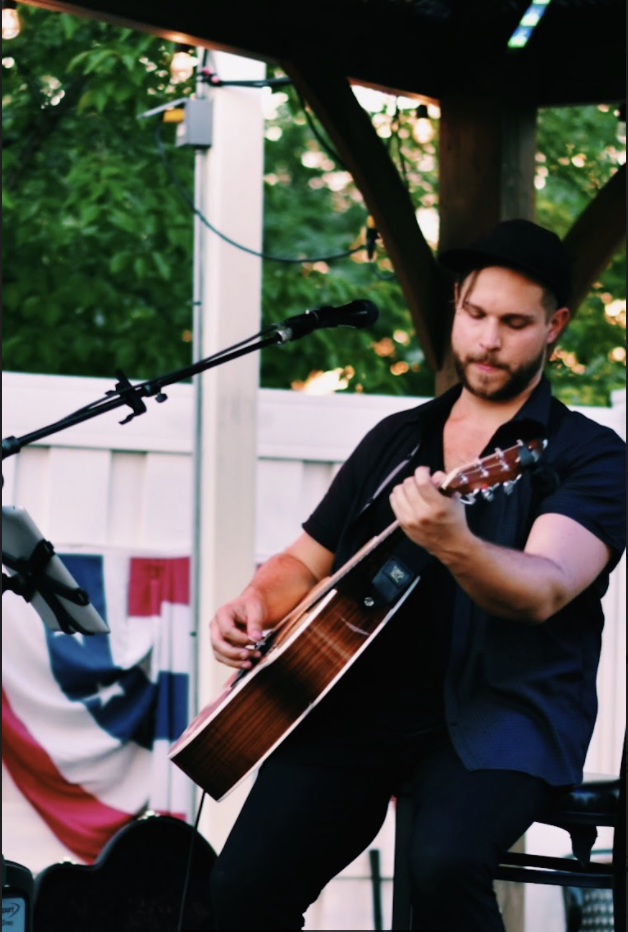 Originally from the south side of Chicago, Chris James has been making music for most of his life. After studying music at Berklee College of Music in Boston, Chris spent several years collaborating with talented musicians in a few different bands from Boston, Chicago, Los Angeles, and Nashville. He has toured the U.S. and Europe, has been the opening act for artists such as Blackberry Smoke, Marshall Tucker, and Miranda Lambert, and has been a part of the Kid Rock Chillin’ the Most Cruise. Chris got his start as a drummer, but spends most of his time these days as a solo act playing the guitar and singing. He now calls Chicago home again and plays gigs all over the city. You can check him out at www.ChrisJameslive.com.

Lloyd Snyder is a Chicago based singer, guitarist, and entertainer. He started playing music at 7 years old, and since 2009, Lloyd has been playing guitar with many of the top bands in Chicago – even working his way up to backing up Bruno Mars in Las Vegas on New Year’s Eve 2018. Lloyd plays with live loops, bringing every song to life and even making it possible to fill a dance floor with just an acoustic guitar. Classic and Contemporary hits. Unstoppable when it comes to requests. Come see them live!