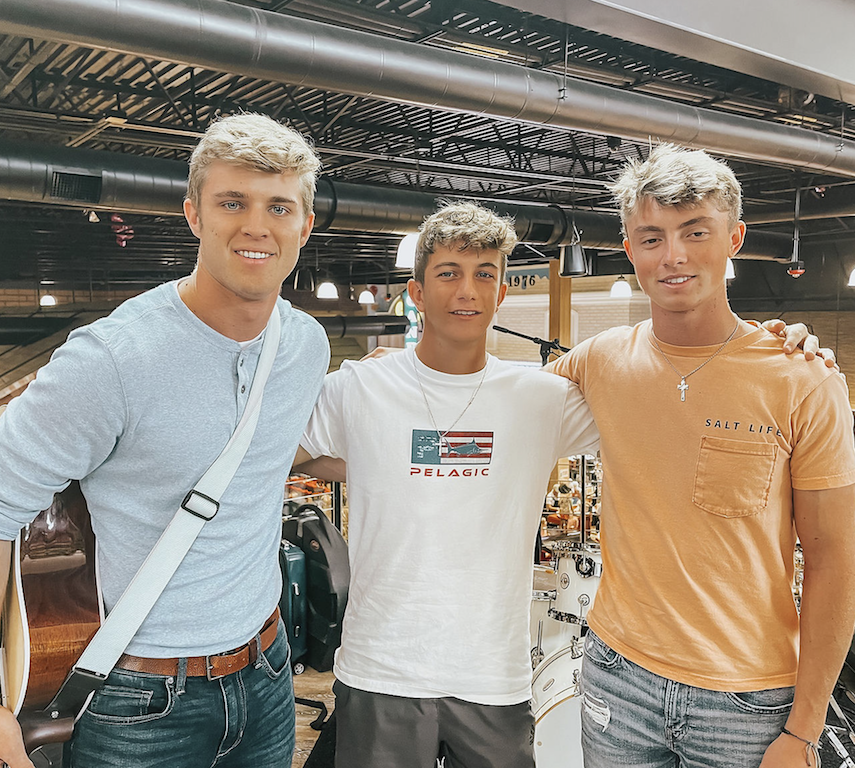 Colton Pointz, Brayden Reites and Michael Joyce were not the likeliest of guys to come together. Start with their ages- Colton was a 20-year-old college student pursuing his business degree and planned on being at Tulane University, Brayden was a brilliant 15-year-old sophomore in high school looking to become an engineer and Michael was a star high school quarterback looking to shore up his scholarships heading into his senior season. Then the pandemic hit. Michael and Colton met in their hometown of Ave Maria, Florida when Colton was playing outside after church at the local coffee house. Brayden and Michael had known each other from their high school band class. They began collaborating, playing music, and writing at their homes.

Almost immediately, they and the crowds they performed in front of knew they had something special together. The range of their playlist covers multi- decades and genres. From, Elvis to The Eagles and Alabama; to Ed Sheeran and Kid Rock; to Luke Combes and Blake Shelton and their own originals, these young men continue to gain fans every time they play. They have opened for The Eli Young Band, Tenille Arts, Ian Munsick and Artemis Pyle, the latter who surprisingly walked on stage playing the Tamborine in the middle of their original, “Down at The Honkey Tonk Bar”.

After spending time in the recording studio this summer, the Boys are heading back to Chicago in July to play 8 gigs including the iconic Joe’s on Weed Street for a second time and the growing Country on Western Festival in Chicago’s Southside Beverly Neighborhood, where they will join other artists performing original country songs.